On Sunday 24th September 2017 the Afro-Sri Lankan community will celebrate their 500 year presence on the island and 200 years since all slaves were freed in Sri Lanka. This event taking place at the Roman Catholic church of St Mary in Puttalam town is the first time they have officially celebrated their heritage. 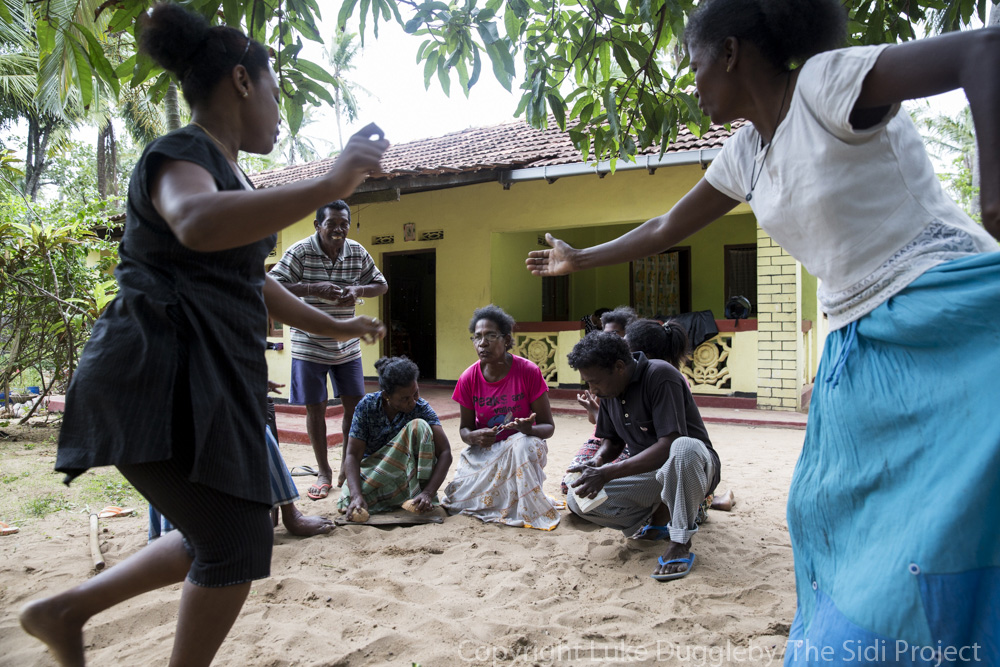 With a lack of historic documentation the exact dates of each anniversary are hard to pin point to a certain day but this is when the community has decided to hold the celebration and is the reason why I have chosen to spend time with them now.

It is widely agreed that the first major influx of African slaves brought to Sri Lanka began in the early 16th century, over 500-years ago, with the arrival of the Portuguese colonizers. Over the next 300 years they were continuously brought by successive colonial powers that followed until the time the British who took control of the island from the Dutch. 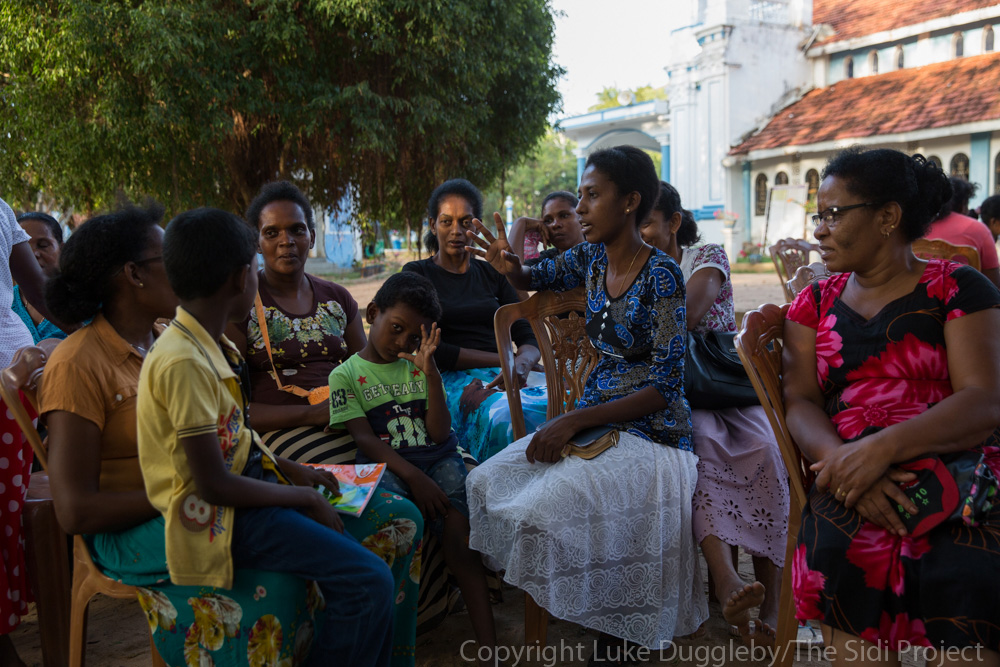 After the Abolition of the Slave Trade Act was passed in the British Parliament in 1807, the process of putting an end to slavery began in British controlled colonies. Sir Alexander Johnston, Chief Justice of Sri Lanka (1806-1819), urged for the gradual abolition of domestic slavery in Sri Lanka and it was eventually agreed that all children born of slaves after 1806 would be freed, thus beginning the end of three-centuries of slavery. 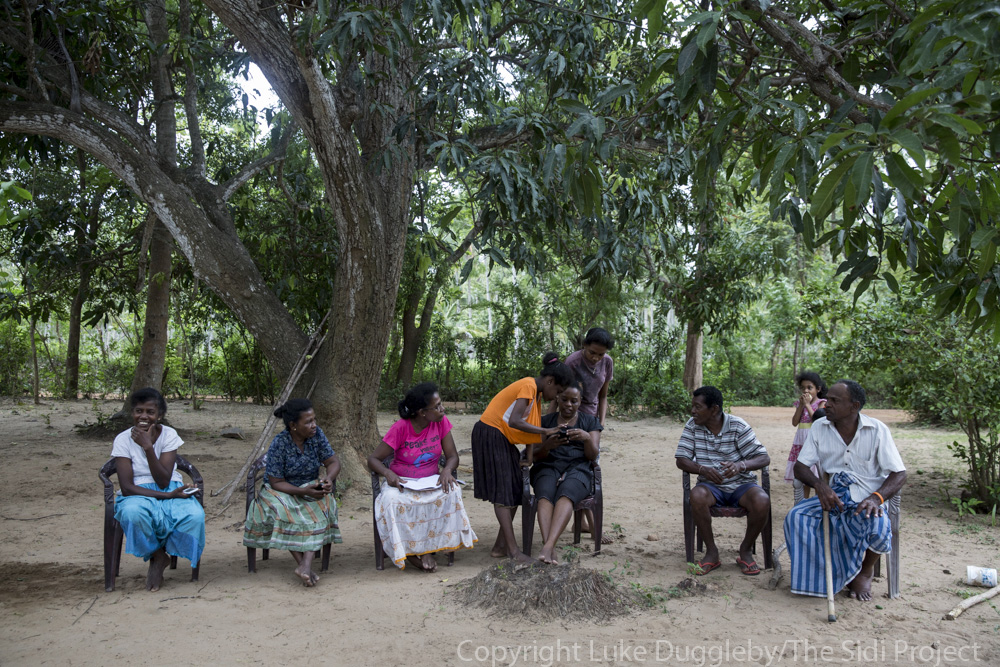 The Afro-Sri Lankan community at the village of Siriambadiya rehearse their part in the 500 year celebration. Here they re-enact how their ancestors were taken from their homes in Africa.

These two anniversaries are what has spurred the community to make the event happen tomorrow. It is a very important day for the remaining population of the Afro-Sri Lankans, giving them a chance to celebrate their heritage and make sure that the country will continue to acknowledge their presence as being an important part of Sri Lankan history.

Throughout the week they have been busy preparing and practicing for tomorrow which will see them performing re-enactments of how they believe they were forcibly taken from their homes in Africa, put on to boats that sailed across the Indian Ocean until they ultimately landed on Sri Lanka. After which they will show the contributions that the modern day Afro-Sri Lankan’s have made to Sri Lankan society as nurses, soldiers and other professions. And then of course they will sing and dance the way only the Afro-Sri Lankan’s know how to do. 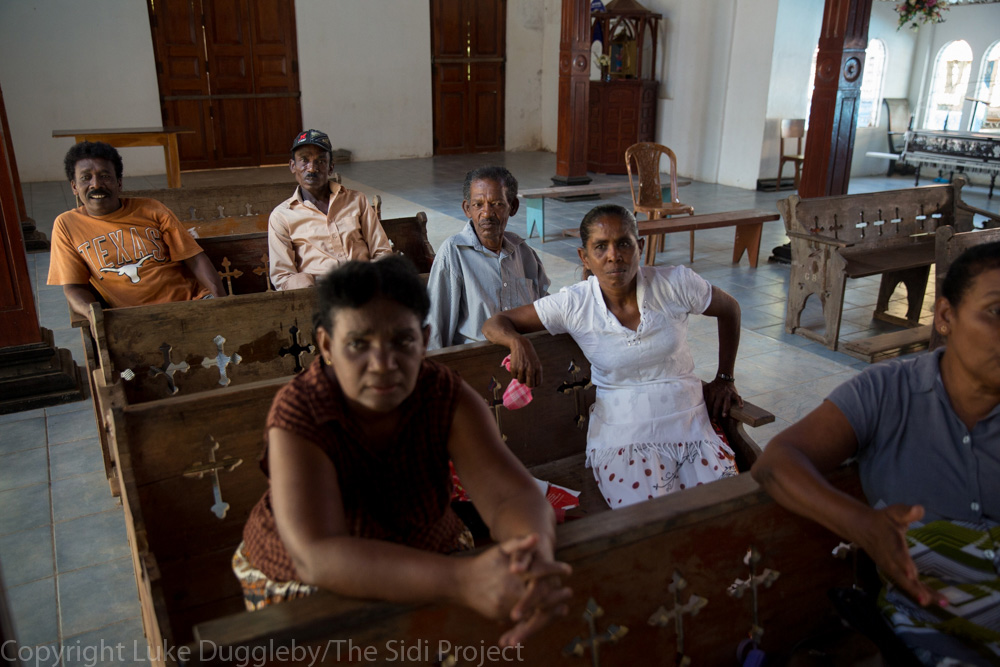 This tiny community are the last living remnants of the despicable act of slavery and tomorrow’s event cannot and must not be underestimated for its importance. They have never once received reparations and today they struggle but at the same time are proud of who they are and where they came from. 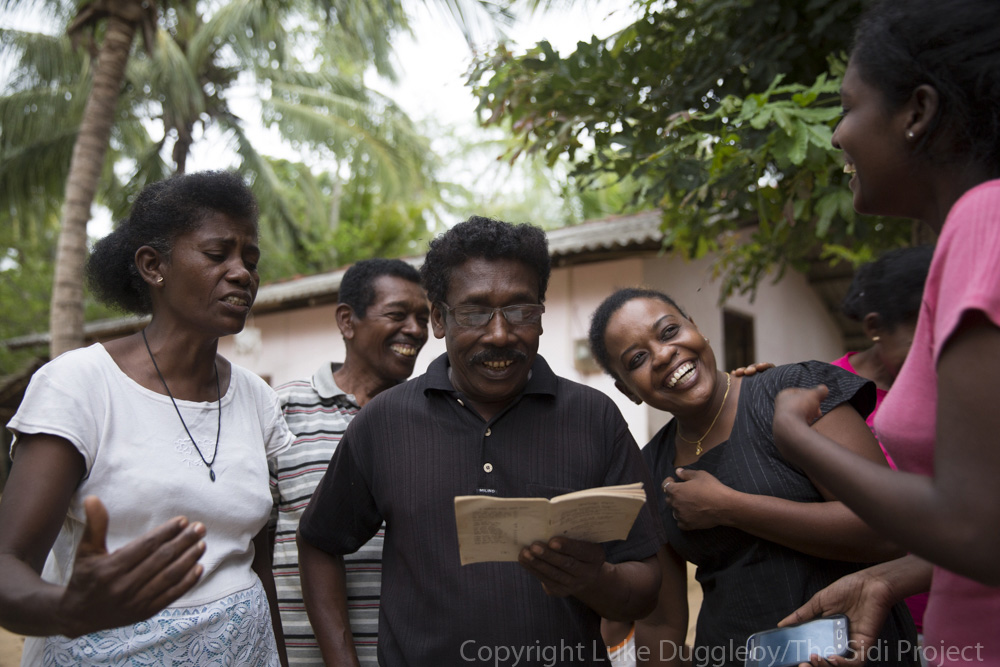 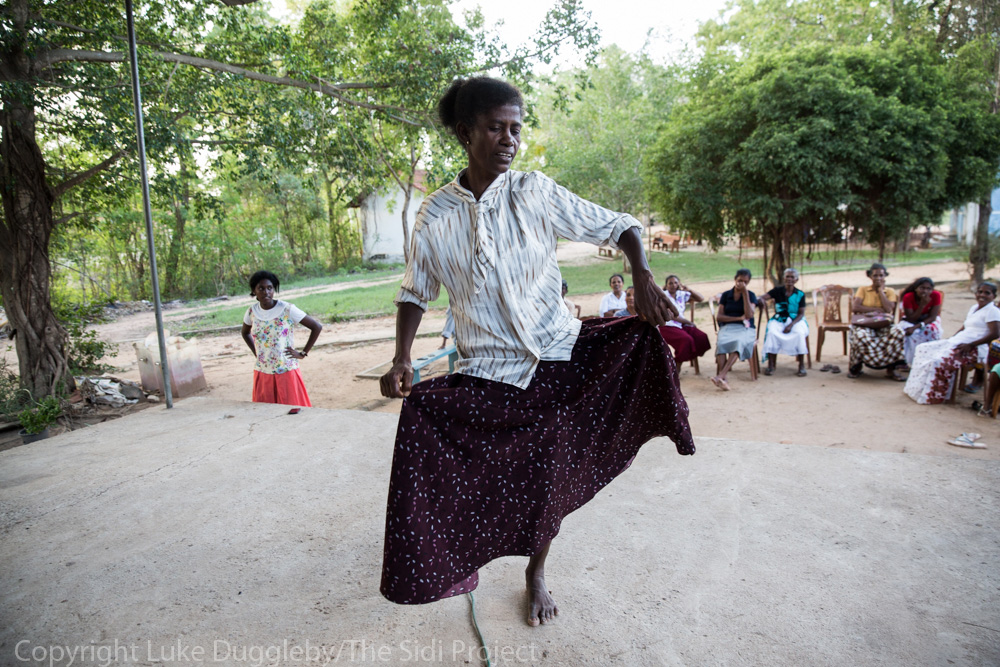 This documentary is being produced with a grant from the South Asian Journalists Association (SAJA).

Over the many generations Afro-Sri Lankans have lived on the island many aspects of African culture have been lost as they became assimilated in to Sri Lankan society. Some however remained especially in the form of music and dance. This trend remains consistent throughout the African diaspora of South Asia with all communities having their own unique music and dance that has real similarities to styles on the African continent.

In fact, not only is their music and dance totally unique in Sri Lanka but it has become a very important source of income with them, often being hired to perform around the country at events ranging from weddings to official functions.

On one such performance I followed one such group from their homes in the village of Siriambadiya to Colombo where they had been invited by the Ministry of Culture to perform at an event celebrating traditional music from around the island. 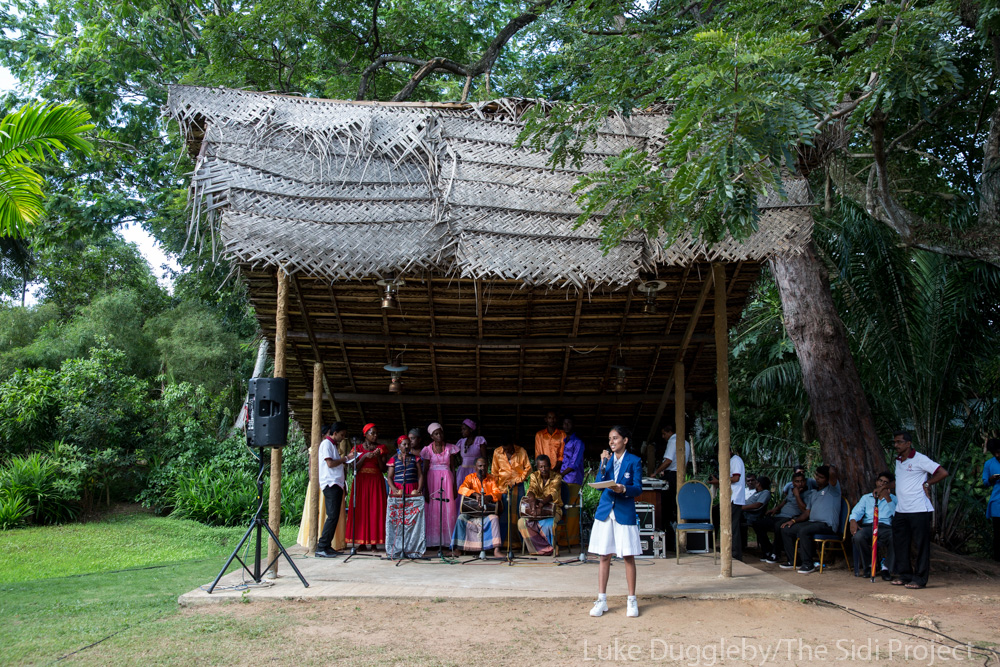 But what makes Afro-Sri Lankan music so special is that it is still sung in Sri Lankan Portuguese Creole, a language that developed only on Sri Lanka and used exclusively by African slaves, all coming from different tribes and countries, as a common language. Today this is one of the last musical groups that still know the old creole songs. 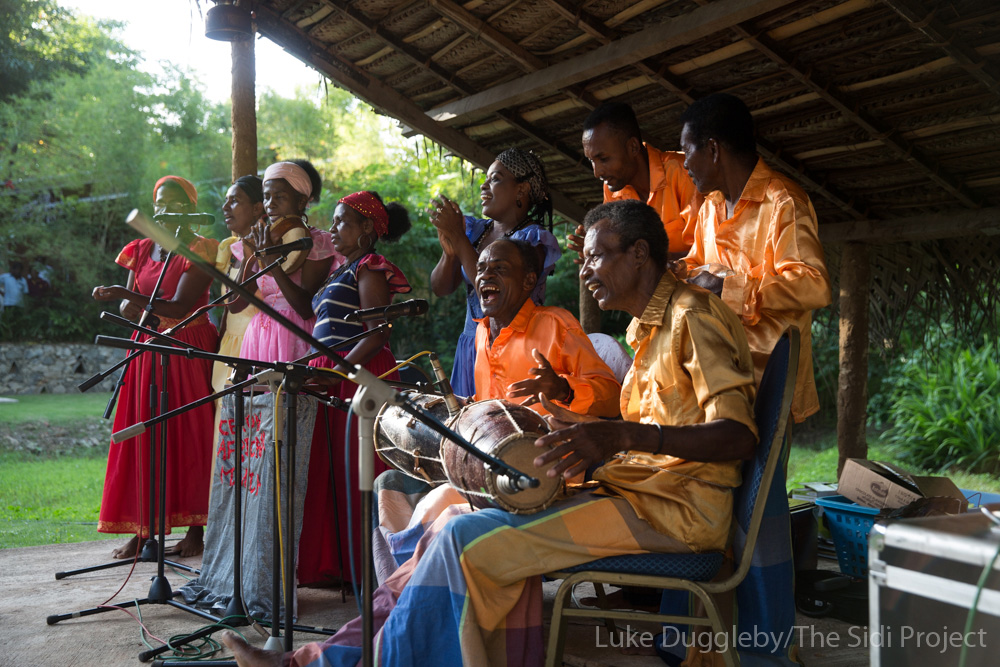 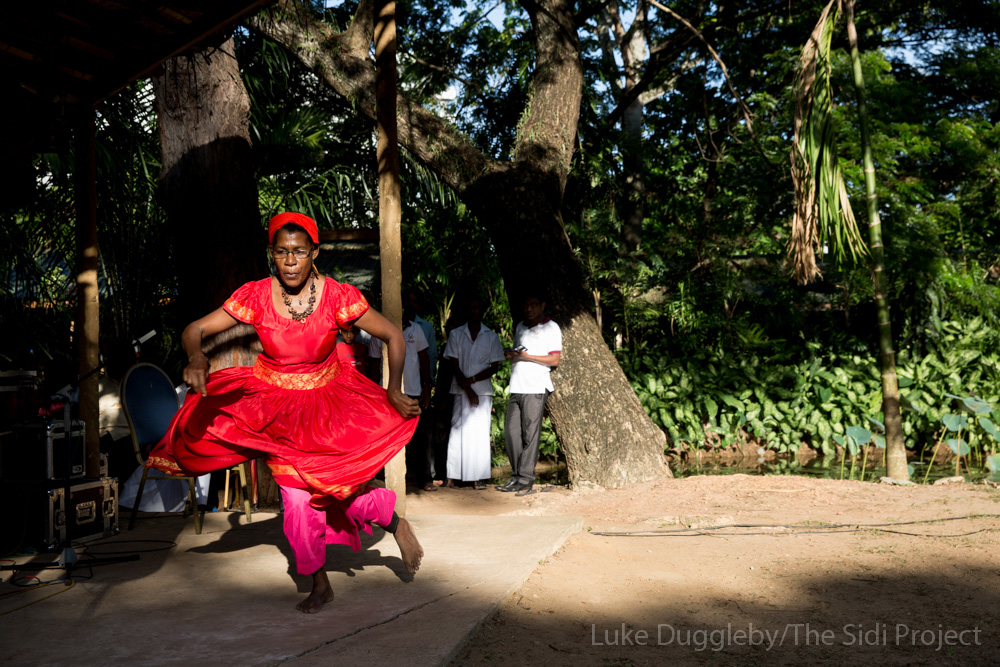 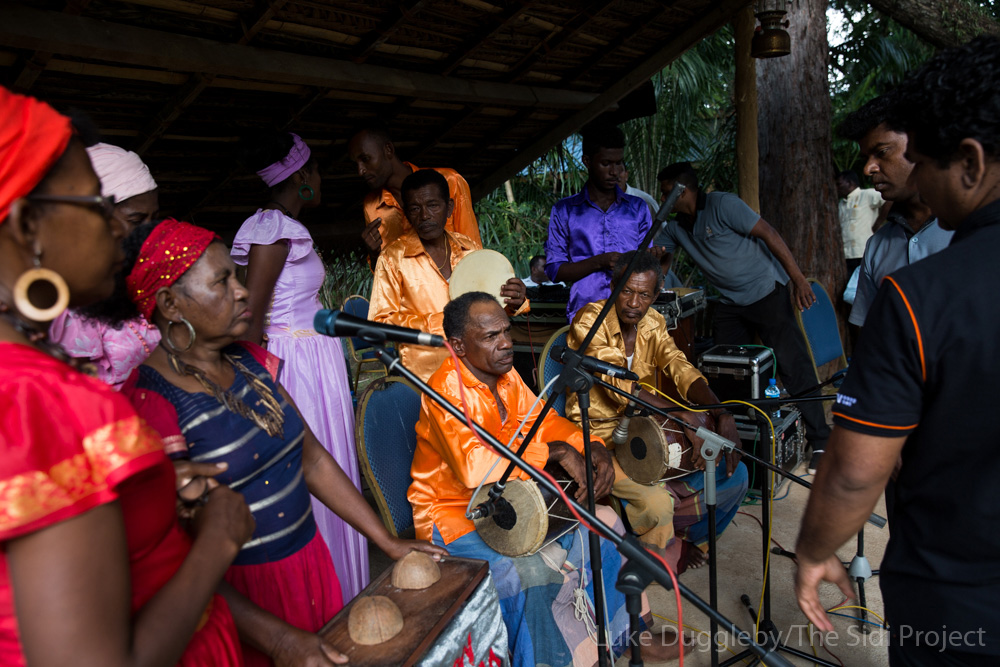 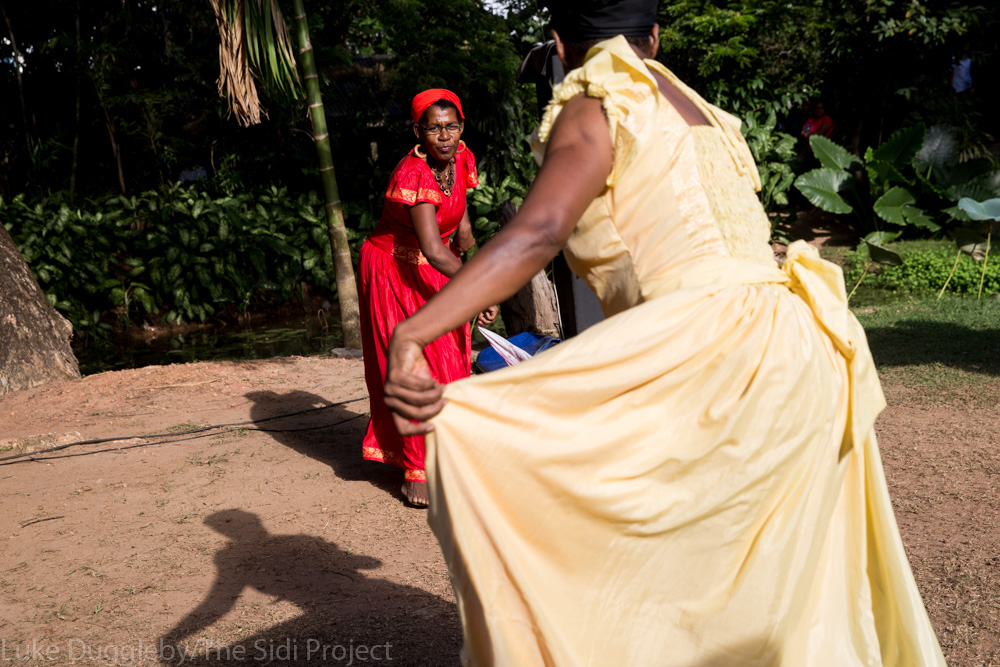 Here is a sound recording I made of one of their songs on 21st September 2017 during that Colombo performance.

This site uses cookies. By continuing to browse the site, you are agreeing to our use of cookies.

We may request cookies to be set on your device. We use cookies to let us know when you visit our websites, how you interact with us, to enrich your user experience, and to customize your relationship with our website.

Click on the different category headings to find out more. You can also change some of your preferences. Note that blocking some types of cookies may impact your experience on our websites and the services we are able to offer.

These cookies are strictly necessary to provide you with services available through our website and to use some of its features.

Because these cookies are strictly necessary to deliver the website, refusing them will have impact how our site functions. You always can block or delete cookies by changing your browser settings and force blocking all cookies on this website. But this will always prompt you to accept/refuse cookies when revisiting our site.

We fully respect if you want to refuse cookies but to avoid asking you again and again kindly allow us to store a cookie for that. You are free to opt out any time or opt in for other cookies to get a better experience. If you refuse cookies we will remove all set cookies in our domain.

We provide you with a list of stored cookies on your computer in our domain so you can check what we stored. Due to security reasons we are not able to show or modify cookies from other domains. You can check these in your browser security settings.

These cookies collect information that is used either in aggregate form to help us understand how our website is being used or how effective our marketing campaigns are, or to help us customize our website and application for you in order to enhance your experience.

If you do not want that we track your visit to our site you can disable tracking in your browser here:

We also use different external services like Google Webfonts, Google Maps, and external Video providers. Since these providers may collect personal data like your IP address we allow you to block them here. Please be aware that this might heavily reduce the functionality and appearance of our site. Changes will take effect once you reload the page.

The following cookies are also needed - You can choose if you want to allow them: